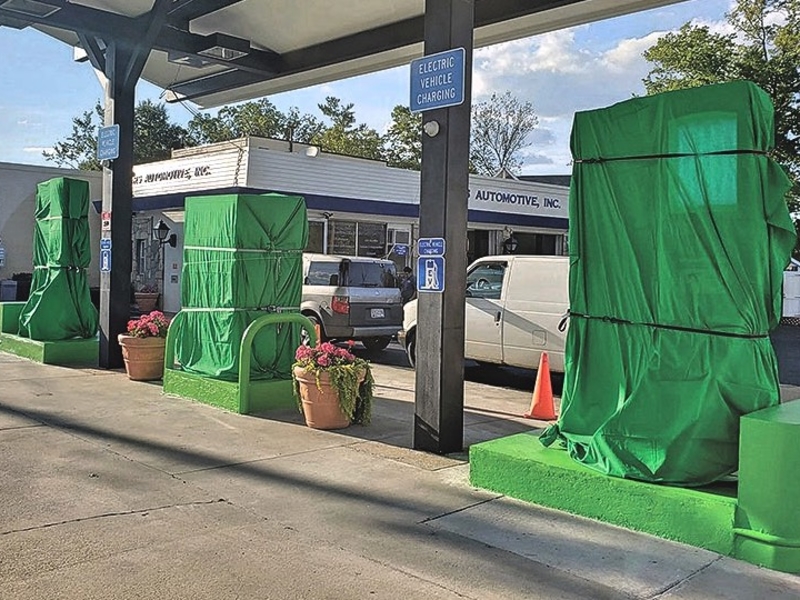 A gas station in Maryland has become the first in the country to replace its pumps with electric vehicle chargers.

The owner, Depeswar Doley, made the change with the help of a $786,000 grant from the Electric Vehicle Institute and Maryland Energy Administration. The 200-kilowatt system has four chargers capable of getting vehicles to an 80 percent charge in 20 to 30 minutes. An automated convenience store is outfitted with screens to track charging progress.

“It’s not something that I expect to become rich overnight or something like that,” Doley told CNBC, “but it’s a good cause [and] good for the environment.”

The 61-year-old station reopened in its new form Sept. 26 in Takoma Park, Md., a suburb of Washington that previously had just two public chargers. An electric taxi service operates in the area, and its drivers have complained about a lack of charging stations.

Doley said he had become frustrated by limitations imposed by oil and gasoline contracts and that the idea to talk with the Electric Vehicle Institute came from a city public works manager. His 17-year-old daughter ultimately helped persuade him to make the change.

“She is the one who convinced me,” Doley said. “She said, ‘Dad, that’s a real good suggestion.’ ”