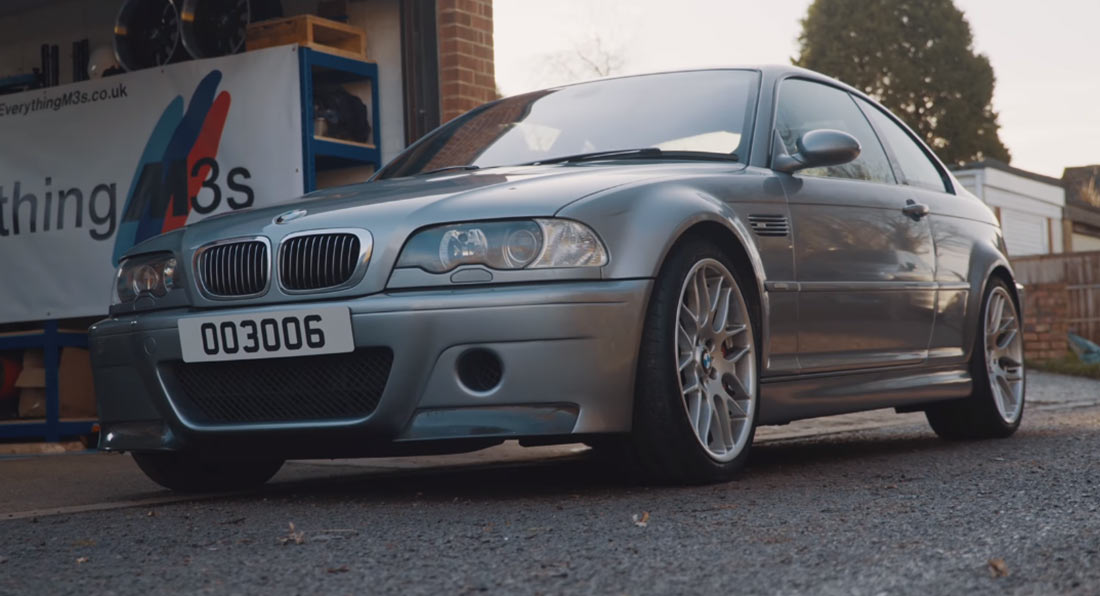 
The E46-generation BMW M3 CSL is one of the finest models ever produced by the Bavarian carmaker and while the car is universally loved, there is one aspect of it that not everyone (well, actually, very few) is so fond of; the transmission.

You see, while ‘regular’ BMW M3 models of the day were offered with both an SMG automated manual transmission and a proper six-speed stick shift, BMW decided to sell the M3 CSL exclusively with the flappy paddle SMG. One CSL owner in the UK, however, recently decided to equip his car with the manual gearbox it should have left the factory with.

Journalist Henry Catchpole had the opportunity to drive the car and as you’d imagine, it seems to be an absolute treat to drive.

The video starts out with an interview of the car’s owner and his thought processes behind converting one of the most prized and valuable M3s into a manual. He admits that it took roughly five years before he was convinced swapping in a six-speed was a good idea, no doubt largely because of the devaluation.

Driving the car, Catchpole says it feels like the “complete package.” He admits that the weighting of the shifter feels a little bit odd to start with but appears to get used to it quite quickly. Not only does the presence of a stick shift make the car a whole lot more involving to drive, Catchpole says it works wonders for the 3.2-liter naturally-aspirated inline-six engine, allowing you to enjoy its high-revving nature even more than with the SMG.

Most Ford salaried employees to work from home until September
Going Through All The Damage Of This Wrecked Porsche Taycan Turbo Really Hurts
Aston takes a detour off comeback trail
More than 20 U.S. dealerships damaged in wake of civil unrest
Germany doubles EV incentives, excludes ICE cars from stimulus program