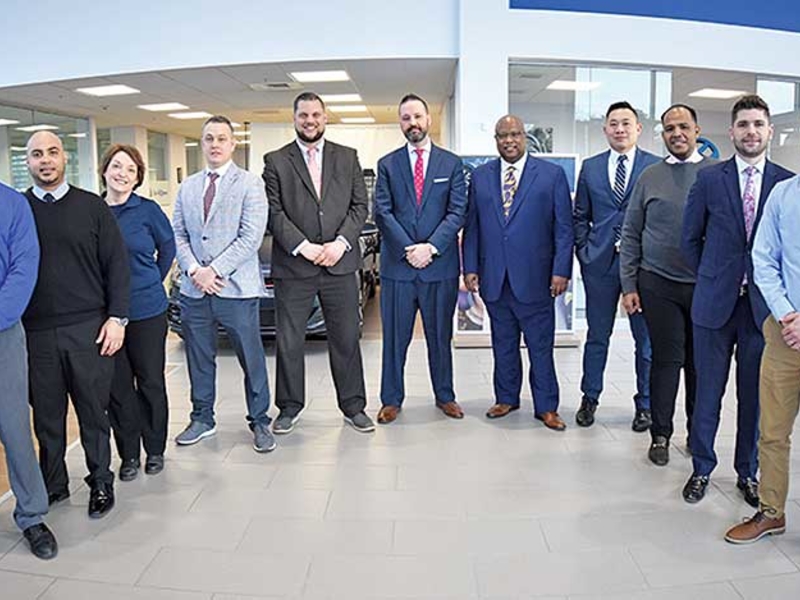 Along the way, Mastria opted for an additional step that not all dealerships are willing to take — putting finance and insurance products online and leveraging its vendor relationship with Darwin Automotive to finalize deals entirely through digital channels Mastria calls Fast Lane.

“Fast Lane could not have come at a better time,” Brito told Automotive News.

One or two deals went through Fast Lane a week in the days before COVID-19. On March 14, the store sold an unprecedented 11 cars online. The next day, the store sold five more.

March 14 “blew me away with the number of people who went online,” Brito said. “They just wanted less interaction. The car was going to be ready, wiped down with Clorox and Lysol wipes. The deal was pretty much done.”

In February 2019, Brito tapped managers from every department at all of his stores to assist on what Mastria calls the Digital Evolutions Action Team. To create a process that could be completed entirely online, Brito decided the entire dealership should have a say.

He asked management at each of his six stores in Raynham, Mass., to nominate an employee who would be willing to fully engage in the process. The group, which sells about 6,700 new and used vehicles annually, represents Subaru, Nissan, Buick, Cadillac, GMC, Mazda, Kia and Volkswagen brands.

“As an industry, we realized that we actually were positioned a lot better than any other disrupter because we had a long-term relationship with our community,” Brito said. “People know who we are. We just wanted to give consumers a new way of doing business.”

Remote F&I menu presentation was a feature that attracted Mastria to Darwin. When the F&I process could be completed digitally — from product selection to finalizing financing — all that remained were a few wet signatures at the time of delivery. The store designated a Fast Lane spot for customers to pick up the cars they purchased online if they chose to take delivery at the store.

The store’s business development center is available to help customers who have questions about the process. Brito said store managers were excited to open their emails every morning to see how many deals were completed overnight. Back-end profits are steady, Brito said, with no noticeable change to F&I product penetration.

Weeks after Fast Lane’s launch, much has changed for the stores — and the entire country.

Massachusetts Gov. Charlie Baker ordered all nonessential businesses to close until April 7, effectively halting even remote sales for Mastria. With only the service departments functional, Brito sent home 95 percent of his 325 employees.

“Dealers have set it up so that they’re making arrangements online for sales [and] paperwork,” O’Koniewski said. “So it’s minimally intrusive and remotely done and it’s just in keeping with what the governor wants people to do.”

Prior to the March 24 closing, Fast Lane activity rose to unprecedented highs. Of the 367 new and used vehicles the store sold before closing, Brito said about 140 sold through Fast Lane.

F&I presentations began at the stores without any previous testing. Over FaceTime, Mastria’s F&I managers are presenting F&I products to customers and finishing the deal with them on a shared screen.

“This was part of the reason why I decided to partner with Darwin,” Brito said. “You have those capabilities.”

Brito is focused on a new task force which discusses how the stores will function as the coronavirus pandemic spreads. Brito notes that customers can still engage with the dealerships through the Fast Lane tool, preparing car deals for when the stores reopen and deliver vehicles again.

“All of this is going to change fundamentally how we do business with our consumers in the future overall,” Brito said.

Lindsay VanHulle contributed to this report