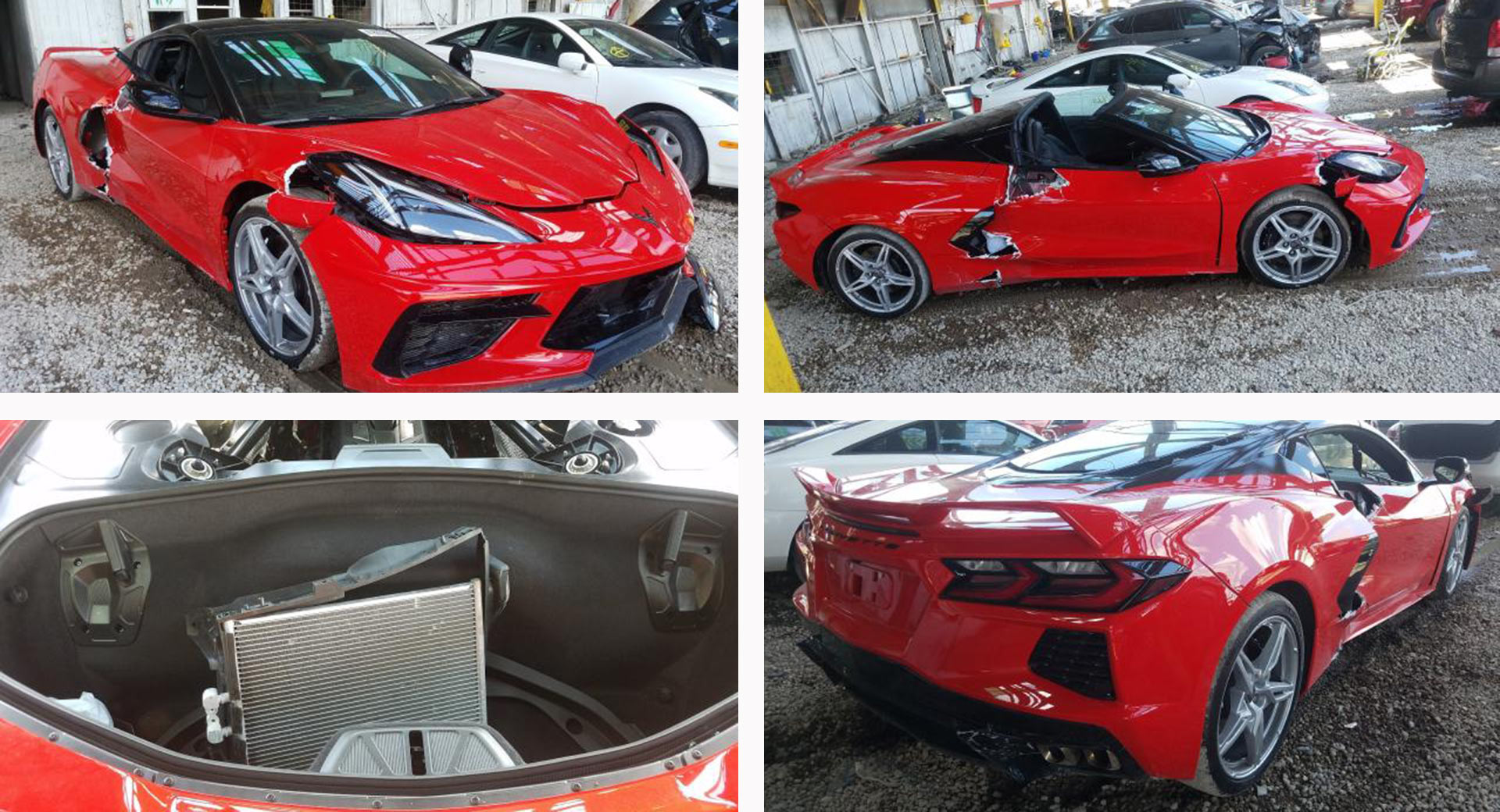 A red 2020 Chevrolet Corvette Stingray that was dropped from a lift in Florida back in late May has found its way onto Copart and is looking for a new owner.

The damage sustained to the mid-engined sports car is extensive, although the listing does state the car runs and is driveable. Perhaps the most obvious visual damage sustained is found across the passenger side door that has been ripped to shreds. In addition, there is some obvious damage at the front end including a piece of missing bodywork from the fender. The driver’s side headlight has also been pushed out.

Read Also: Be A Hero And Save This 2020 Chevrolet Corvette Stingray

While on first impressions the damage may only appear to be visual, we suspect that there is some rather serious issues with the car’s undertray. In addition, one photo on the listing shows that an air conditioning condenser has been broken and now sits in the rear storage compartment.

Despite the damage, the car just might be salvageable if one is willing to undertake such an arduous task. Then again, there’s always the chance that whoever buys it will look to part it out and try to make some money. The car’s 6.2-liter naturally-aspirated V8 engine and eight-speed dual-clutch transmission are likely still in good running condition and could be sold for quite a lot of money. Additionally, some of the bodywork, like the rear wing and engine cover can be salvaged, as can the taillights. Finally, the interior sports no damage, so it too might be sold out for parts.