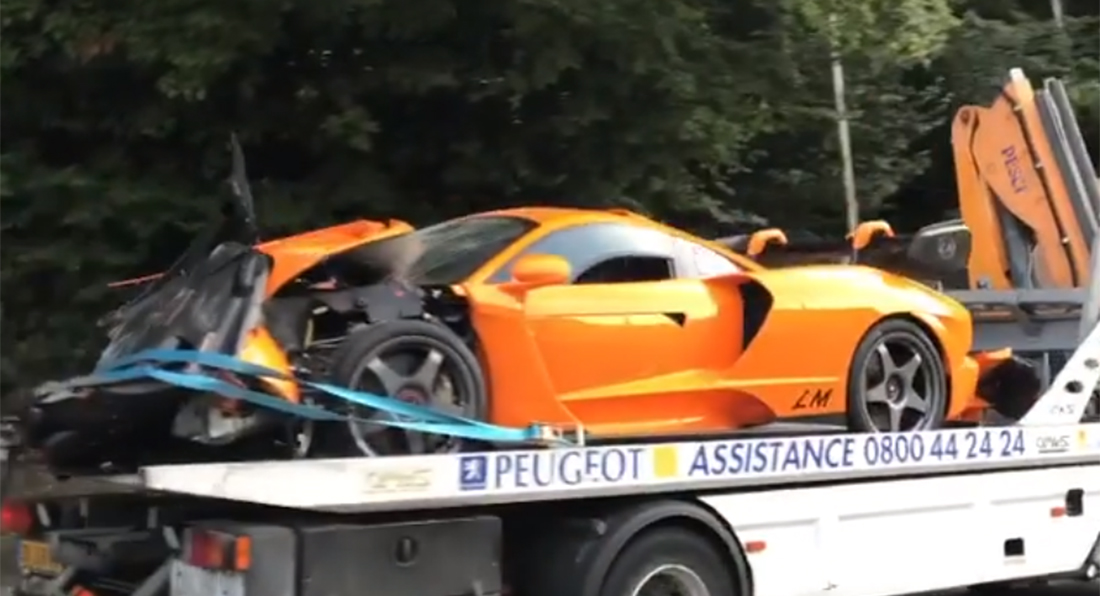 A look online reveals that Sutil took delivery of the Senna LM from McLaren Monaco in January, but just six months later, it has been extensively damaged in a crash in the small French commune of Èze.

Images circulating online showing the limited-run hypercar slammed head-on into a pole on the side of the road. Virtually the entire front fascia was damaged in the impact with carbon fiber parts like the bumper, hood, and front quarter panels seen lying on the ground. Radiator fluid also looks to have leaked out after the impact, while the windshield has also been shattered.

It is unclear just what caused the crash, although the extent of the damage suggests the car was being driven quite fast. We suspect the narrow roads found across the French Riviera may have also played a role. It is also unconfirmed if Sutil was indeed the one driving the car at the time.

McLaren is said to be building just 20 examples of the Senna LM, each of which is actually based on the chassis of the track-only Senna GTR. McLaren has never spoken publicly about the Senna LM, although we know most examples, including Sutil’s, are painted in Papaya Orange.

The Senna LM features a host of parts that distinguish it from lesser variants. For example, there are unique five-spoke wheels, new front arches with louvers, a roof scoop, unique rear wing endplates, and custom graphics. The 4.0-liter twin-turbo V8 has also been upgraded with ported and polished heads.

Real-Life Barbie Jeep Looks Pretty in Pink, and You Know You Want It
Go For A Drive In The 2021 Hyundai Veloster N With Its DCT
Rocket Lab to resume launches following in-flight anomaly investigation
Ferrari cuts full-year guidance after revenues fall in Q2
After Escalade, Cadillac to take lead on EVs